I was unaware that there was an effort underway to rename SFO to “Harvey Milk International Airport.” This particular quote in the article made me laugh out loud:

And, of course, flights between Harvey Milk International Airport and Reagan National Airport would be joyous for those travelers who prefer their flights laden with as much irony as possible.

Most philosophers – or, at any rate, very many – profess to be able to prove, by a priori metaphysical reasoning, such things as the fundamental dogmas of religion, the essential rationality of the universe, the illusoriness of matter, the unreality of all evil, and so on. There can be no doubt that the hope of finding reason to believe such theses as these has been the chief inspiration of many life-long students of philosophy. This hope, I believe, is vain. It would seem that knowledge concerning the universe as a whole is not to be obtained by metaphysics, and that the proposed proofs that, in virtue of the laws of logic such-and-such things must exist and such-and-such others cannot, are not capable of surviving a critical scrutiny. 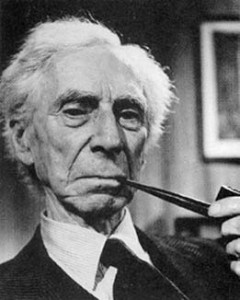 I’ve had the same WordPress theme on my blog since it started oh so many years ago. Hope you like the new theme.

Lots going on in Shawn-land. Lots of plans for the blog this year. Fingers crossed!

What counts is not what sounds plausible, not what we would like to believe, not what one or two witnesses claim, but only what is supported by hard evidence rigorously and skeptically examined. Extraordinary claims require extraordinary evidence.

First off, I should say that I am NOT a scotch guy. I’m a bourbon guy, through and through to my bones. Over my plentiful years I have tried myriad single-malt, high-quality scotches and they’ve never captured my palette or imagination. My working assumption is that I have something (undoubtedly irrational) against filtering my liquor through burnt vegetation – in the case of scotch, peat. I’m also not a fan of JD – in that case, sugar maple.

But I was totally intrigued by the idea of Glenmorangie’s Lasanta scotch.

It’s a twelve-year-old, single-malt scotch. Of those twelve years, it spends the first ten aging inside previously-used bourbon barrels that they apparently purchase and then loan to an unnamed bourbon producer in the US – who presumably leverages them for 4-6 years and then ships ’em out. You can only use a bourbon barrel once for making bourbon. The Lasanta scotch is then decanted out of these bourbon barrels and put into previously-used sherry casks for a final two years of aging. How’s that for different!

Just to put this out of the way quickly, if you offered me a twelve year old bourbon that had been aged with sherry or cherries or berries or whatever – I’d probably turn my nose up at you ‘cuz I’m a bourbon snob. So if you’re a scotch aficionado and you think this whole idea is moronic, I completely hear you! However, since I am not a scotch aficionado, I’m really digging this stuff! It has a very bourbon-y finish. A complex (to say the least) nose, and the sherry part of it does not overwhelm. The burnt peat is still in there – for sure. It’s a scotch – without doubt – but it’s a scotch mellowed by the bourbon barrel, and spiced-up by the sherry cask residues. If you’re a bourbon nut, you should try this out. It’s not trivial to find, unfortunately, but it is out there!

I appreciate that 99% of the time, the words “Cheddar” and “WOW” do not belong in the same sentence. However, I had an epiphany this weekend – and its name was “Montgomery”.

Montgomery Cheddar is made at Manor Farm in Somerset in the UK. They’ve been making artisanal Cheddar for generations. This stuff is amazing and completely redefines how your brain thinks of “Cheddar”. It’s aged. It’s firm. It’s flaky. It’s downright dirty – and I mean that in a good way! You can seriously taste the terroir from which these cows were sourcing their sustenance. The finish is downright earthy! I mean, just take a look at this stuff!

Have YOU eaten Cheddar cheese that looks like that before?

This stuff is purportedly the standard against which all Cheddar cheeses are compared. I have bad news for anybody who makes Cheddar cheese: you can’t compare.

The great news is that Wasik’s has this stuff IN STOCK right now. Get your ass to Wellesley center!